The item was added to your waitlist! 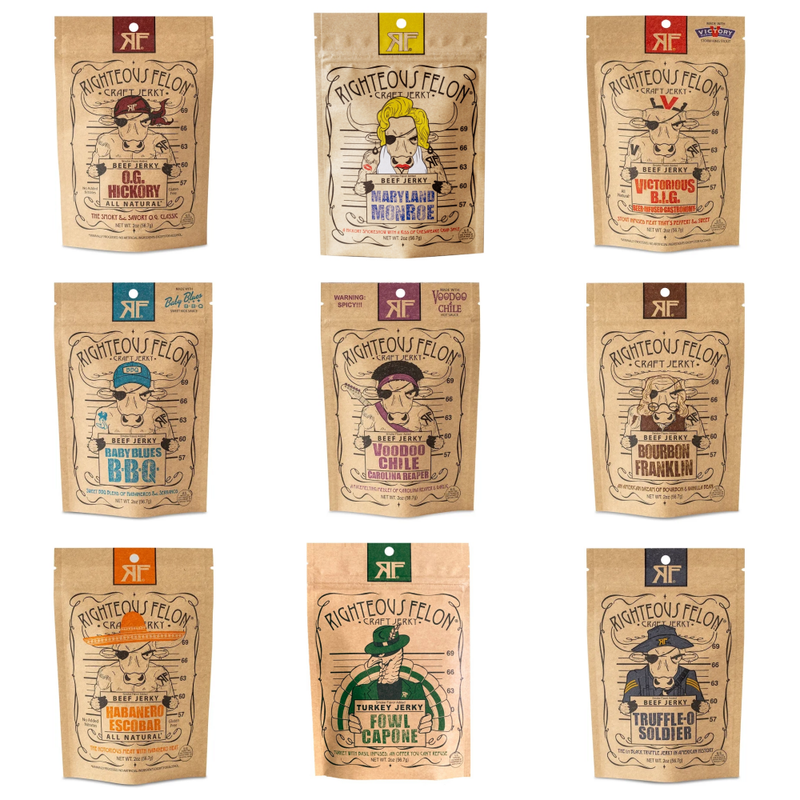 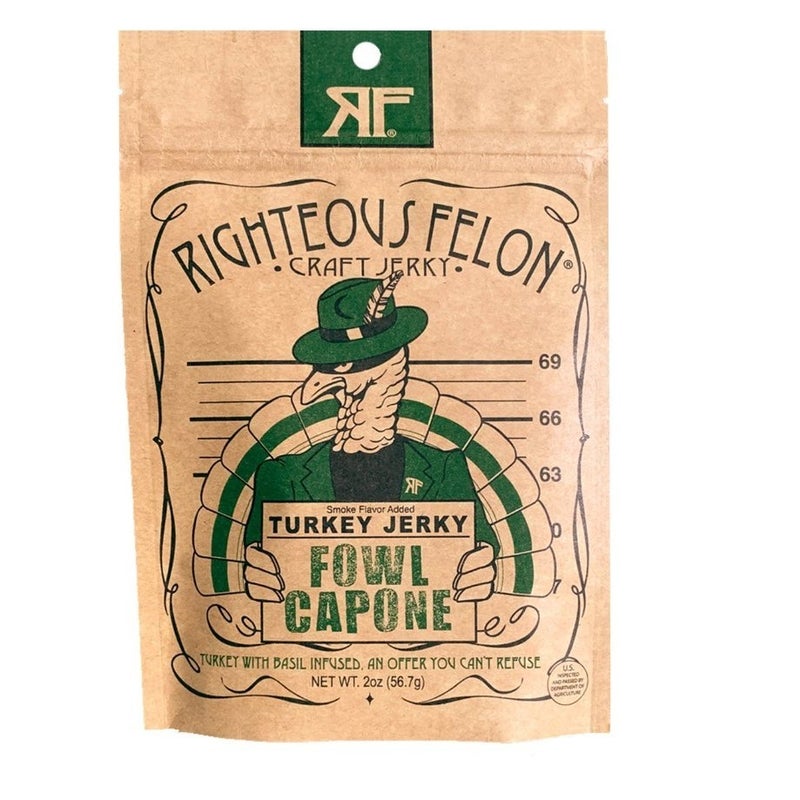 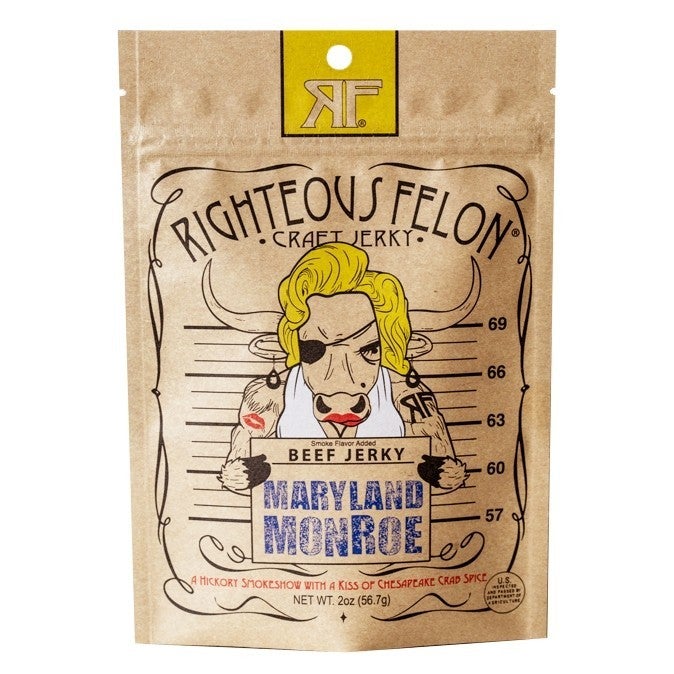 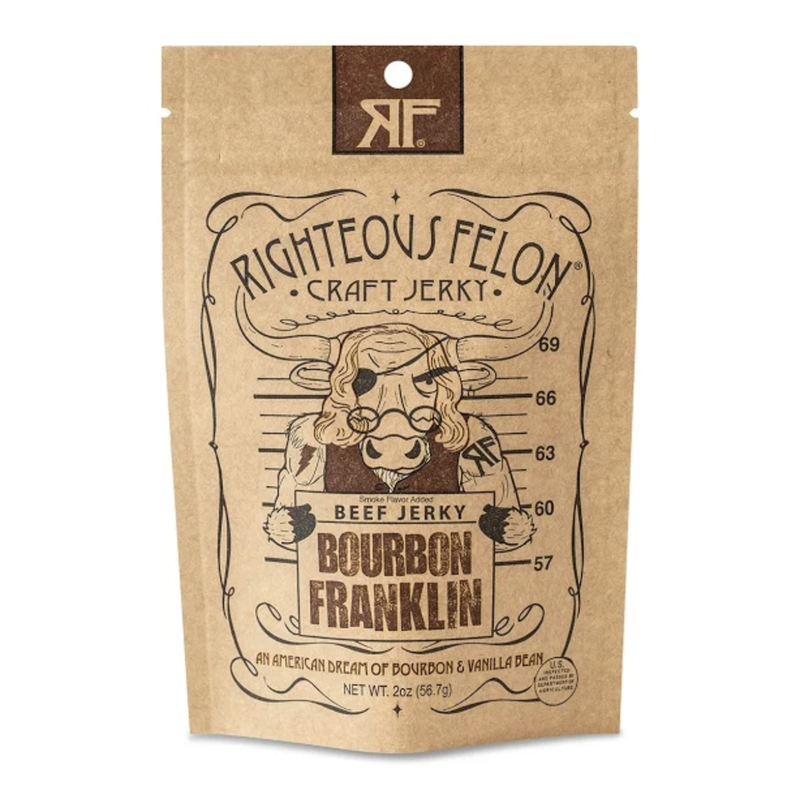 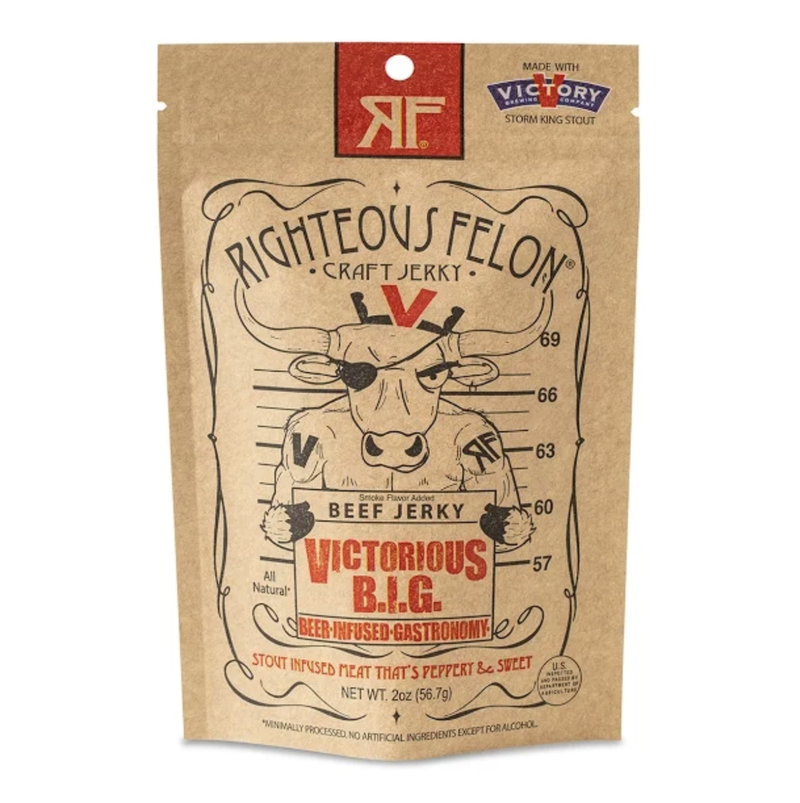 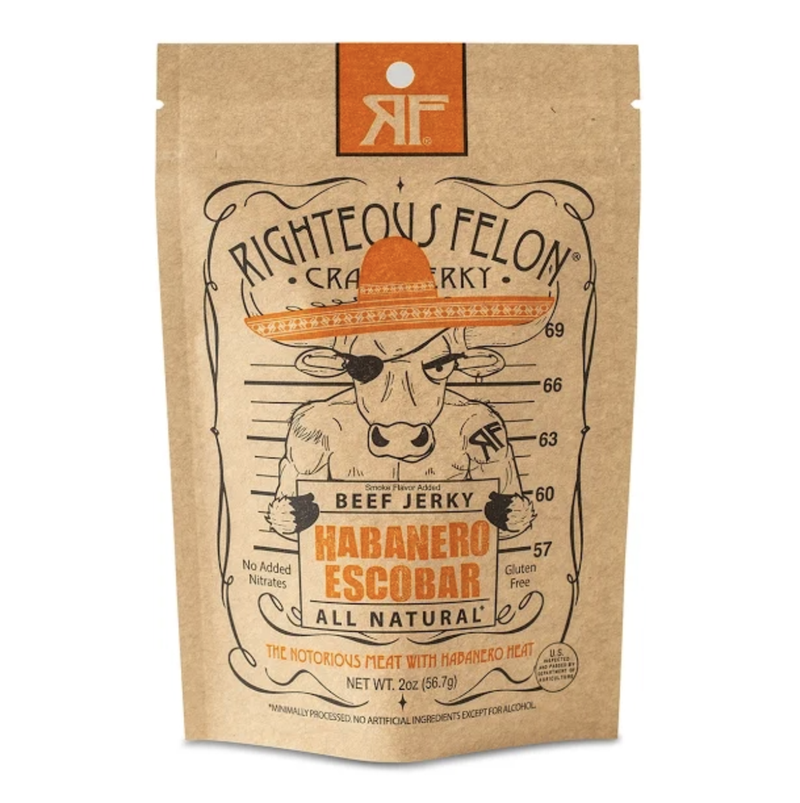 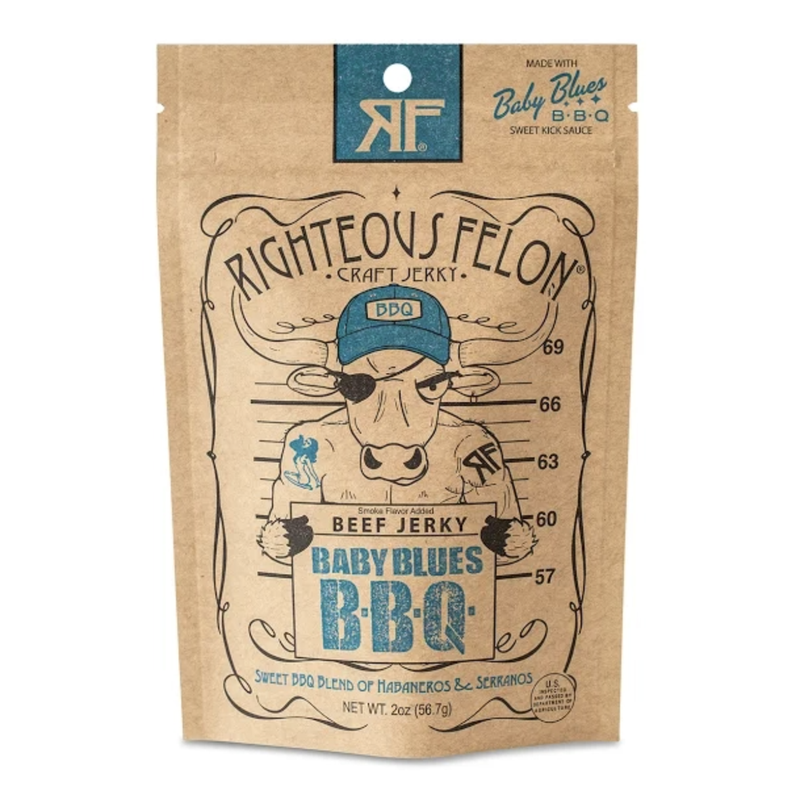 Say hello to Righteous Felon's newest little friend and first foray into the non-beef spectrum of jerky: Fowl Capone Turkey Jerky. This turkey jerky features cage-free turkey breast and a healthy dose of basil, cracked black pepper, and lemon zest, with a touch of smokiness and sweet brown sugar that'll be sure to run all the other wise gobbles out of town. In the ensuing years, we've learned that Maryland does another thing very well aside from just crab cakes and football: Dousing everything in site with a heavy dose of a piquant spice blend seasoning synonymous with the Chesapeake region, known as Old Bay. While Chesapeake Crab Spice isn't widely known to the rest of the country, this stuff is basically canon in Maryland and the rest of the Mid-Atlantic states. And for good reason - it's freaking delicious. Bourbon Franklin takes Righteous Felon's original recipe and pile drives it with a Fourth-of-July's worth of bourbon, a pinch of vanilla bean, and a whisper of cinnamon. Bourbon Franklin is an homage to the ingenuity of America itself, to reinforce and redefine its founding values - family, friends, flavor, freedom, and the pursuit of (your tongue's) happiness. A righteous collaboration jerky with Voodoo Chile Hot Sauces, straight outta Leesburg, Virginia. This jerky features the world's hottest pepper, Carolina Reaper, which clocks in at ~2,000,000 Scoville Units - that's roughly six times as spicy as your everyday habanero pepper (!!). In addition to Carolina Reaper, we've added a hefty dose of toasted garlic and brown sugar to round out the flavor experience (and spare your body). Truffle-O Soldier: The world's first and only truffle-infused beef jerky. This jerky is made by adding real black truffle powder, sourced from Italy, into our O.G. Hickory marinade. The resulting delicacy is a smoky, savory, sweet, earthy "UMAMI BOMB" with just the right dose of truffle to delight the senses and set your taste buds' gearshift into overdrive. Victorious BIG: The richness of Victory wort* and the dark, espresso-like roasted notes of their Storm King Imperial Stout combine to make a savory beef jerky that's finished with a burst of black pepper, and whose name sake pays homage to one of the best to ever do it. Our collaboration with Baby Blues BBQ of University City, Philadelphia, produces a sweet and spicy jerky smothered (and covered) in Baby Blues' Sweet Kick BBQ, their signature house sauce that features a diabolical blend of chipotle, habanero, cayenne, and serrano peppers. When the initial sweetness subsides, delicious heat finishes off this flavor roller coaster ride. Habanero Escobar: One hundred percent pure jerky from the personal stash of Colombia's most notorious felon himself. Now, that illicit hickory flavor cut with a dose of all-natural Habanero seasoning has a chance to fall into the right hands - yours. A spicy delicacy for those righteous souls who can take the heat. The Righteous Felon original recipe and sweet, smoky, hickory flavor that started it all. This O.G. classic hit the streets in '96 and the jerky game ain't been the same ever since.